China reveals it very own, country backed e-currency. 6 times as powerful as any

B00Mer
#1 3 weeks ago
China Officially Backs a CryptoCurrency and Establishes it as their Official Coin. 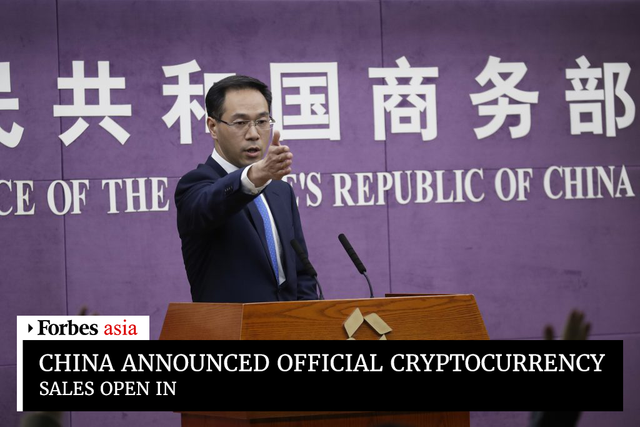 It’s finally happened. A major worldwide government has just bestowed a huge vote of confidence and legitimacy onto the world of cryptocurrencies. China, in an unprecedented move, just announced that they are officially adopting a certain cryptocurrency as China’s official coin!

The government of China just informed us that they have chosen a preferred firm for the purchase and marketing of their new coin - YuanPay Group. The sales of China's coin officially started September 2 of 2020 and currently these coins can be bought only from YuanPay Group.

That’s right, their coin is incredibly inexpensive in comparison to most other coins out there. Bitcoin for example trades at ¥65,366.84 at the time of this writing, and Ethereum, trades at around ¥1,362.76.

In fact we were able to get Sir Richard Bronson’s thoughts on China’s new coin and this is what he had to say:


Sir Richard Bronson’s states: "Anytime a major corporation announces even a small partnership with an individual cryptocurrency that coin's value skyrockets. I can't wait to see what happens when a government officially adopts a crypto. When the name of China's coin is released many people will become millionaires practically overnight."


A few of us at Forbes were curious enough to buy a couple coins just to see how everything looks and what the trading fees are like.

It was fairly easy to get the coins, but I will show you the whole process below for those that are interested.

3 weeks ago
Don't be so silly. You have no idea of what you pretend to be talking about.

3 weeks ago
Since no country even pretends to have gold to ack their currencies a crypto currency is no worse.