A British derby: England to face Wales in Euro2012 qualifiers

Blackleaf
#1 Feb 7th, 2010
The UK is an unusual country in that it has four national teams, despite the best efforts of FIFA who have been expressing their wishes for years for there to be a Great Britain football team.

Two of those British teams have been drawn together in the same group for the Euro2012 qualification campaign.

England and Wales have been drawn in a 5-team Group G.

The draw took place this morning in Warsaw.

Also in England's group are Switzerland, Bulgaria and Montenegro.

England and Wales - and also Northern Ireland - were in the same group as each other for the 2006 World Cup Qualifiers.

Tiny Montenegro only gained independence from its union with Serbia in 2006. England have never played Montenegro but did play Serbia & Montenegro in 2003. As Yugoslavia, Montenegro reached the Final of this tournament twice, in 1960 and 1968, losing both times, against the USSR and Italy.

Northern Ireland face a tough task after being drawn in the same group as World Champions Italy and much-fancied Serbia. They must also play Slovenia, Estonia and the Faroe Islands.

The Republic of Ireland have been handed a tough draw against 1960 winners Russia, but will fancy their chances against Slovakia, Macedonia, Armenia and Andorra.

But Scotland have been handed the toughest task of all the British Isles teams. They have been drawn in Group I with the 2008 winners of this competition and the No1 ranked team in the world - Spain - and the Czech Republic, who, as Czechoslovakia, won this tournament in 1976 and, in their current guise, lost in the 1996 Final.

After the draw, England were immediately installed as the fourth favourites to win the tournament. England's best showing in the European Championships were in 1968, when the World Champions finished Third, and 1996, when they reached the Semi-Final.

Germany are in Group A with, amongst others, Austria and Belgium. France face a tough trip to Dracula country to face Romania. And Portugal face three Scandinavian teams in the form of Denmark, Norway and Iceland.

51 teams will take part in the qualification. Poland and Ukraine are the Euro2012 hosts, so qualify automatically.

England have been drawn to face Wales in their bid to reach Euro 2012.

The Three Lions will face two clashes with their Home Nations rivals in their attempts to erase the memories of failing to qualify for Euro 2008.

England will also play Switzerland, Bulgaria and Montenegro in a difficult Group G. On a roll: England will be among the frontrunners for Euro 2008

Scotland have been paired with holders Spain along with Czech Republic, Lithuania and Liechtenstein.

Northern Ireland face a tough task reaching the finals after being drawn in a group with world champions Italy, Serbia, Slovenia, Estonia and Faroe Islands.

Republic of Ireland are up against Russia, Slovakia, FYR Macedonia, Armenia and Andorra.

England last played Wales back in 2005 in a World Cup qualifier, claiming a 1-0 win in Cardiff.

As well as Wales, England face Switzerland, who were the opponents in Fabio Capello's first game in charge, a 2-1 Wembley win. Hard task: Fabio Capello at the draw in Warsaw today

England have never faced Montenegro as an independent nation, but did face Serbia and Montenegro back in 2003.

Capello said before the draw he was hoping for a five-team group but he is aware they face a tough task.

The Italian told Sky Sports News: 'I think the worst groups were Group A and Group G and we got Group G. It's a tough group because each game will be strong games to play. Old foes: David Beckham scores against Wales at Old Trafford in 2004 during the 2006 World Cup qualifiers

Capello refused to answer a question about new skipper Rio Ferdinand, who has replaced John Terry after the storm over his alleged affair.

He said: 'No questions about John Terry or the captain. I will speak with Rio, I have spoken to John Terry.' Wales manager John Toshack knew the draw would be well received back home.

He said: 'Without doubt, drawing England will please all the Welsh fans - plenty of history there and we like nothing better than another chance against the old enemy. I know Fabio Capello quite well, so will look forward to being able to pit our talents against a powerful England team later in the year.

'We have had recent experience against both Bulgaria and Montenegro, and Switzerland are a good mid-ranking European side. In truth, there will be little between ourselves and those other two sides. 'I imagine that all three sides would feel that second place is possible, it will be up to us to try and go one better than that.

'I think it will be an advantage to us to be in a group with only five teams rather than six. It means we will have less travelling and it will be possible to not play so many double-header games.

'Also, we do not have any far-away fixtures such as we have had last time with Russia and Azerbaijan. All in all, a very interesting draw.' 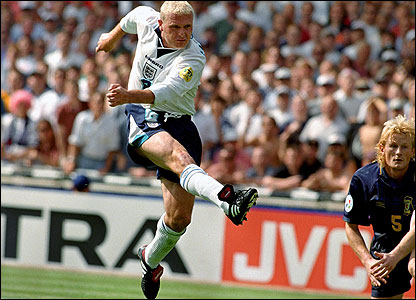 Scotland boss Craig Levein said: 'I'm excited and I'm pretty sure a lot of Scotland supporters will be looking forward to Spain coming to Hampden - and also maybe a little holiday to Spain.

'They should be favourites to win the game if they play to form but a five-team group may make it easier to get that second place. We know about Lithuania having drawn them in our last three qualifying campaigns. We don't know so much about Liechtenstein but will find out about them.

'We need to get some momentum now and we've got a couple of friendlies before the qualifiers to do just that. My intention is to develop some team spirit and harmony and build momentum. I think we're more than capable of having a fighting chance in this group.'