It's getting pretty tedious,vespecially the permanent hate-on for Quebec.

In the latest news- MAXIME Bernier and his Peoples Party are being attacked for putting up ads questioning mass migration into Canada!!!!!!!!!!!!!!!!

LIE-beral want to PRETEND - for their own selfish interests - that opposition to their irresponsible policies is somehow Racist - in spite of the fac that LIE-beral policy is creating a HUGE UNDERCLASS of illegals who lac kthe language skills and educational skills needed to succeed in Canada!!!!!!!!!!!!!!!!!!!!!!!!!!

Cdns and people like Bernier are questioning the wisdom of bringing in such a MASS of charity cases that will require life long govt aid just to survive!!!!!!!!!!!!!!

Civil service union HOGS and assorted lobbyists and pressure groups think it is UNFAIR that they are required to register with Elections Canada if they want to buy paid advertising during our federal election!!!!!!!!!!!!!!!!!!!!!!!!!!!!!!

Yet these leftie BIGOTS are deliberately OBLIVIOUS to their massive conflict of interest as they seek to influence our thinking - FOR THEIR BENEFIT!!!!!!!!!!!!!

Environmental groups and other special interest groups know very well that the LIE-beral carbon tax SCAM is nothing but a LIE-beral RAID on our pocket books - and THEY EXPECT TO GET A SHARE of the profits of that raid!!!!!!!!!!!!!!!!!!!!!

LIE-beral and their allies KNOW the carbon SCAM will not save the environment but IT WILL GIVE LIE-berals a GIANT SLUSH FUND to reward their pals with!!

AS for radial environmentalists - they support hypocrite LIE-berals because they see Our idiot Boy as their best bet to destroy the Alberta oil patch!!!!!!!!!!!!!!!!!!!!!

LIE-berals talk about how they will offer a carbon tax rebate on the cost of heating your home - BUT THEY ARE SILENT about the HUGE inflationary cost of the carbon scam on food, clothing and transportation!!!!!!!!!!!!!!!!!!!!!!!!!!!!!

In other news LIE-berals DO NOT wish to discuss the steady rise in the number of UNKNOWN illegals showing up - meaning that the number of people REFUSING to give their real names or specific country of origin is INCREASING RAPIDLY!!!

In other news. LIE-berals want us to believe $10.5 billion for Omar Khadr was a bargain! Only in THEIR dreams!

LIE-berals assure us our economy is booming- and it IS- FOR THEM! Too bad about everybody else!

Lie-berals will never erase Islamophobia because LIE-beral feelings are based on greed for power and buying immigrant votes while Islamophobes deal with real fear of MORE Muslim terror and blood shed.

The position of civil service unions is un-sustainable because the union clod stamping your water bill as `paid` thinks he is more skilled than the retail worker putting a charge on your credit card!

LIE-beral stupidity dictates that older Cdns who accept job buy-outs from work because they are afraid that they will get nothing later when they are laid off-are seen as having voluntarily  retired and are allegedly enjoying themselves on their limited fixed incomes!.

LIE-berals pretend they can save the environment by forcing the poorest Cdns to cut their SMALL carbon output further-while using carbon tax money to ensure Sunshine List Hogs with BIG carbon footprint can continue to spew major carbon!

That's not a monkey.

Oh, and that's not much of a post, either.

Aug 29th, 2019
U.S. officials fear ransomware attack against 2020 election
Reuters
Published:
August 27, 2019
Updated:
August 27, 2019 1:46 PM EDT
Fear of a ransomware attack on the upcoming U.S. election has prompted the development of a program designed to protect voter registration databases and systems.Getty Images
WASHINGTON  The U.S. government plans to launch a program in roughly one month that narrowly focuses on protecting voter registration databases and systems ahead of the 2020 presidential election.
These systems, which are widely used to validate the eligibility of voters before they cast ballots, were compromised in 2016 by Russian hackers seeking to collect information.
Intelligence officials are concerned that foreign hackers in 2020 not only will target the databases but attempt to manipulate, disrupt or destroy the data, according to current and former U.S. officials.
We assess these systems as high risk, said a senior U.S. official, because they are one of the few pieces of election technology regularly connected to the Internet.
The Cybersecurity Infrastructure Security Agency, or CISA, a division of the Homeland Security Department, fears the databases could be targeted by ransomware, a type of virus that has crippled city computer networks across the United States, including recently in Texas, Baltimore and Atlanta.
Recent history has shown that state and county governments and those who support them are targets for ransomware attacks, said Christopher Krebs, CISAs director.
That is why we are working alongside election officials and their private sector partners to help protect their databases and respond to possible ransomware attacks, he said.
A ransomware attack typically locks an infected computer system until payment, usually in the form of cryptocurrency, is sent to the hacker.
The effort to counter ransomware-style cyberattacks aimed at the election runs parallel to a larger intelligence community directive to determine the most likely vectors of digital attack in the November 2020 election, according to current and former U.S. officials.
It is imperative that states and municipalities limit the availability of information about electoral systems or administrative processes and secure their websites and databases that could be exploited, the FBI said in a statement, supporting the Homeland Security initiative.
CISAs program will reach out to state election officials to prepare for such a ransomware scenario.
It will provide educational material, remote computer penetration testing, and vulnerability scans as well as a list of recommendations on how to prevent and recover from ransomware.
These guidelines, however, will not offer advice on whether a state should ultimately pay or refuse to pay ransom to a hacker if one of its systems is already infected.
Our thought is we dont want the states to have to be in that situation, said a Homeland Security official. Were focused on preventing it from happening.
Over the last two years, cybercriminals and nation-state hacking groups have used ransomware to extort victims and create chaos.
In one incident in 2017, which has since been attributed to Russian hackers, a ransomware virus was used to mask a data deletion technique, rendering victim computers totally unusable.
That attack, dubbed NotPetya, went on to damage global corporations, including FedEx and Maersk, which had offices in Ukraine where the malware first spread.
The threat is concerning because of its potential impact on voting results, experts say.
A pre-election undetected attack could tamper with voter lists, creating huge confusion and delays, disenfranchisement, and at large enough scale could compromise the validity of the election, said John Sebes, chief technology officer of the OSET Institute, an election technology policy think tank.
The databases are also particularly susceptible to this kind of attack because local jurisdictions and states actively add, remove, and change the data year-round, said Maurice Turner, a senior technologist with the Center for Democracy and Technology. If the malicious actor doesnt provide the key, the data is lost forever unless the victim has a recent backup.
Elections Canada climate advertising guidelines puts chill on green groups advocacy
Dont meddle in the election, please, Trump sardonically asks Putin at G20 meeting
U.S. Secretary of State warns Russia against future election interference
Nationwide, the local governments that store and update voter registration data are typically ill-equipped to defend themselves against elite hackers.
State election officials told Reuters they have improved their cyber defences since 2016, including in some cases preparing backups for voter registration databases in case of an attack.
But there is no common standard for how often local governments should create backups, said a senior Homeland Security official.
We have to remember that this threat to our democracy will not go away, and concern about ransomware attacks on voter registration databases is one clear example, said Vermont Secretary of State Jim Condos. Were sure the threat is far from over.
http://torontosun.com/news/world/u-s...-2020-election 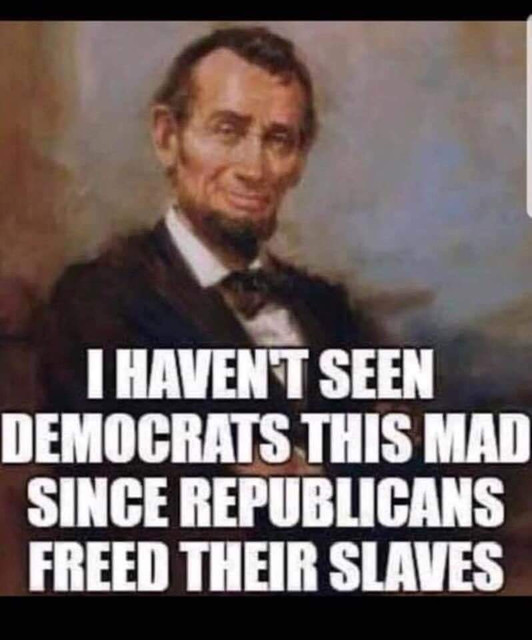 Some are saying Hillary is positioning herself for another swipe at the brass ring .

I really hope so..

Ten candidates had qualified by receiving donations from at least 130,000 people and ranking at 2 percent or better in four sanctioned polls. The debate will take place on Sept. 12 in Houston, the Democratic National Committee announced.

Democrats release September debate lineup featuring only 10 candidates in a single night
Ten candidates had qualified by receiving donations from at least 130,000 people and ranking at 2 percent or better in four sanctioned polls. The debate will take place on Sept. 12 in Houston, the Democratic National Committee announced.
source: WAPO

the same way your boy Mitt was going to soundly defeat Obama?

Whoever wants nomination will be arrested for un-American activities and hidden away with the other Democrats and Prooooogs in some gulag owned by Trumpco.
Last edited by Curious Cdn; Aug 29th, 2019 at 07:44 PM..

Aug 29th, 2019
Looks like Donald does not feel he can win on his own........... He has made a gesture siding up with Russia against Ukraine........and the might just guarantee Putins' meddling in the US elections again.

CNN reporting: Dotard pulled back on aid to Ukraine .....which they could really use....as they fight to keep their country together.

Looks like Donald does not feel he can win on his own........... He has made a gesture siding up with Russia against Ukraine........and the might just guarantee Putins' meddling in the US elections again.
CNN reporting: Dotard pulled back on aid to Ukraine .....which they could really use....as they fight to keep their country together.

Aug 29th, 2019
Yeah, like the way you did regarding the "russian oligarchs signing trump's loans" BS.

Except the Hate Trump cult.

Except the “Hate Trump” cult.

That's not cult behaviour. Trump supporters are delusional sickos that, thank gawd, are at more @/3 of Americans and bout 1/20 of Canadians.

the same way your boy Mitt was going to soundly defeat Obama?